On the Sensex, gains during the early trade on Tuesday were being led by Oil and Natural gas Corporation (ONGC), Bharti Airtel, ICICI Bank, IndusInd Bank, Axis Bank and Mahindra & Mahindra (M&M). Only Asian Paints, Titan Company and Ultratech Cement were trading in the negative territory. (see heatmap below)

Among the sectoral indices on the NSE, the Nifty Bank index was up over 1.5 per cent led by RBL Bank, Bandhan Bank, ICICI Bank and IndusInd Bank. The Nifty Financial Services index too was up over 1.5 per cent aided by Mahindra & Mahindra Financial Services, Cholamandalam Investment and Finance Company and SBI Life Insurance Company. Likewise, the Nifty Metal index was up nearly 1.5 per cent led by APL Apollo Tubes and Jindal Steel & Power. 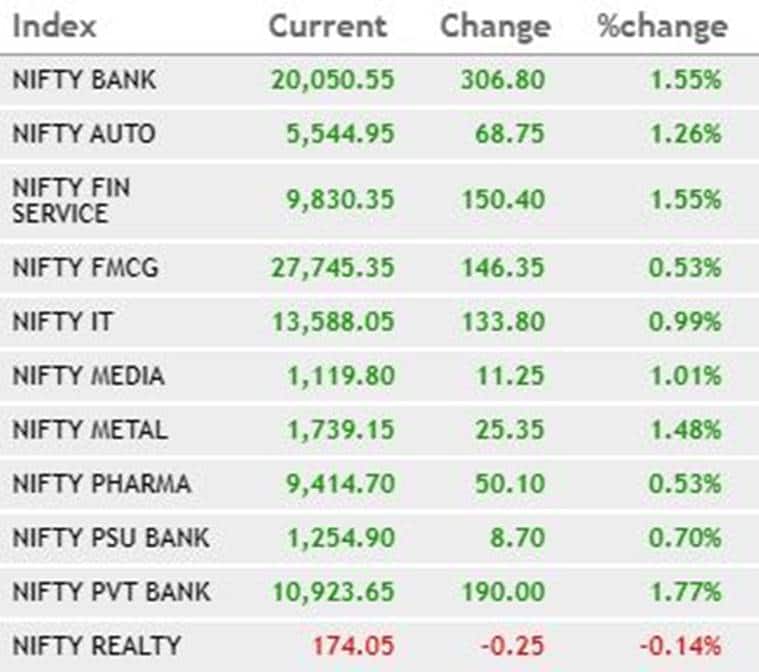 US stock futures rose 0.75 per cent.The rally followed late US gains with the S&P 500 ending up 0.42 per cent, driven by technology names including Microsoft, Apple and Amazon.Their strength overcame drops in airline shares of between 5 per cent to 8 per cent after legendary investor Warren Buffett said his Berkshire Hathaway had sold its carrier holdings.